F1 Grand Prix Tours will provide you with a great opportunity to experience the 2019 Belgian F1 Grand Prix as well as the sights, sounds and people of Belgium. We can offer you a superb 4 star hotel ideally located in the beautiful and historic town of Maastricht. The hotel is located within easy walking distance of the town’s finest restaurants and popular tourist attractions, combined with your return flights, general admission or grandstand race tickets, to form the basis of an unforgettable 2019 Belgian Formula 1 travel package. You must book a minimum of 3 nights, which may be extended on request, to give you more time to explore Maastricht and the region’s numerous tourist attractions. Maastricht is located about 65 km from the Spa Francorchamps Grand Prix racing circuit.

BELGIUM AND MAASTRICHT AS A TRAVEL DESTINATION

Well situated between France and Holland, the kingdom of Belgium encompasses all the best that Europe has to offer. It’s the friendly and welcoming people, it’s the stunning architecture decorating the quaint cobblestone squares, it’s incredible cuisine found in the vast array of restaurants where each meal seems better than the last. Flanders in the north, a flatland criss-crossed by canals, is proud of its medieval art cities, Antwerp, Bruges and Ghent. To the south in Wallonia, you will find the rolling hills of the Ardennes, countless castles, and the cities of Liege, Namur and Tournai. Brussels the capital of Belgium is one of the world’s great cosmopolitan cities.

For the duration of your 2019 F1 Belgian Grand Prix tour, you will be based in a hotel located in Maastricht.Maastricht is located on the southern tip of the Netherlands on both sides of the Meuse river (Maas river), at the point where the Jeker River joins it. Maastricht is distinguished by its medieval-era architecture and vibrant cultural scene.

In history Maastricht developed from a Belgic settlement, that in the Gallic Wars was conquered by the Romans and thus became a Roman settlement, to a religious center, a garrison city and an early industrial city. Nowadays, it is known as an especially cultured city (including local folklore) and education. Maastricht’s rich history shows from the fact that in this town no fewer than 1677 national heritage sites are located, which is the second highest number in a Dutch town, after Amsterdam. Furthermore, it has become known, by way of the Maastricht Treaty, as the birthplace of the European Union, European citizenship, and the single European currency, the euro.

The town is popular with tourists for shopping and recreation, and has a large growing international student population. Maastricht is a member of the Most Ancient European Towns Network and is part of the Meuse-Rhine Euroregion, which includes nearby cities Aachen, Eupen,Hasselt, Liège and Tongeren. Without a doubt, a great choice for your 2019 F1 Belgian Grand Prix. 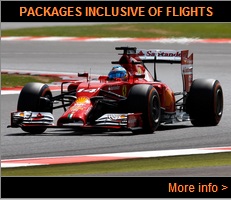 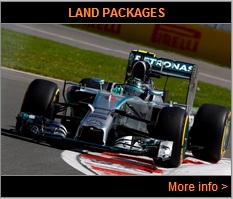 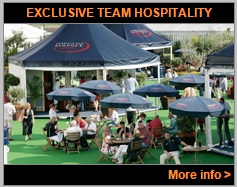